Today, we would like to introduce you to one of the funniest CPAP users we at Easy Breathe have met!  Allow us to introduce Fidel DeHaro IV,  a 36 year old man from Monteray Park, California.

As implied from his name, Fidel represents the 4th generation of the males in his family named Fidel. He is also a father to his son, as you can guess, Fidel DeHaro V (the fifth). It would be an honor for anyone to call them his friend, and if you are ever so fortunate to, you would have the privilege of calling him “Fluffy”, which describes his refreshing personality.  We have had the honor of getting to know Fluffy over the years as he works in same building as Easy Breathe headquarters. Fluffy is a hardworking, dedicated handy man who everyone in his building wants to be around. Talking anything from sports to fun events in the Greater Los Angeles area, Fidel is able to bring joy to acquaintance’s very busy work days and allows them to escape from work for just a minute or two. Fidel loves his sports teams; the Los Angeles Lakers, Los Angeles Dodgers and Dallas Cowboys, and can talk to you about those teams all day.

Fidel began using a CPAP in 1999. At that time, sleep apnea was known to be a disorder that many Americans struggled with, but at a time when it could be considerably harder for a 21 year old to get treated for, and doctors could not detect as well, or know how to treat it properly. When Fidel’s doctor determined he may have sleep apnea, he had Fidel get a surgery to open up his nasal passages in what he thought would cure the problem.

Why would they be on the fence about CPAP? I now get deep sleep. I never had that before. Sleep apnea can be life threatening. It can bring on many different illnesses.

Fluffy tells us that before using a CPAP, he always felt sluggish during the day. He would fall asleep while at the wheel on his way to work in the morning and had constant run-ins with fellow patrons on the road honking at him to wake up and drive during the rush hour traffic many Angelino’s deal with on their daily commute. He would also fall asleep at work in his work station as a handyman, or even during trips to the bathroom. Chest pains were prevalent, so much so that one night in 1999 he had to be rushed to the ER.

He had his first sleep test of three in 1999. He experienced both in-lab tests as well as a Home Sleep Test. Fidel was confident in telling us that taking his test at home was a much more comforting experience. “It was definitely more convenient” Fidel stated, “…taking a test in a lab can really mess you up. If you’re not prepared, you can wake up in the middle of the night and see all those wires and get scared. When you take it at home, it’s as accurate as going to the lab, cheaper, and you can sleep better in your own bed then you can in one of theirs.”

Fidel sleeps a full 7 hours every night using his Mirage Quattro Full Face Mask. He says he can sleep more but work and his commute is demanding, as he wakes up for work by 5am every morning. The Auto-titrating technology has also helped immensely, as it has brought a new level of comfort during the nights for Fidel. “As the pressures change, it allows you to sleep in different positions and not have you waking up gaging. That would feel like the air was choking you.” He purchased ResMed’s S9 Autoset back in August from Easybreathe.com and now sleeps better than ever, and feels great all throughout his busy day!

Our interview with Fluffy was filled with laughs and smiles. His personality warmed up the room and his humor put some of us in tears. The last question I asked Fidel was if he had any advice to give to someone who thinks they may have sleep apnea and are “on the fence” of going for treatment. Defensively, Fidel answered “why would they be on the fence?” Fidel continued, “I now get deep sleep. I never had that before. Sleep apnea can be life threatening. It can bring on many different illnesses.” He then ended with “Life is better and I feel better using a CPAP.” It was an honor interviewing Fidel and letting us in on his life before and after his diagnosis of Obstructive sleep apnea (OSA). We can all learn a lesson from Fidel; life is short, valuable and precious. We should all be happy we have the opportunity to be on this earth and we should take our health seriously. Making the most out of our time is important, and Fidel sure has. 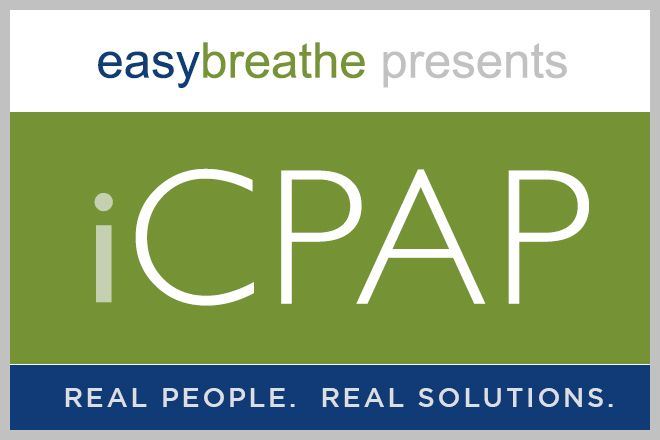