Once upon a time, the scientific community had the strange belief that a woman’s uterus was a sentient creature that moved throughout her body – causing problems like breathing difficulties and insanity. The medical community also believed that sleep apnea didn’t exist in women. However, a slew of studies over the last few years have completely debunked this theory. The truth is that sleep apnea can be just as devastating for women as it is for men. And now a new study has been released that shows a particularly shocking revelation: pregnant women with obstructive sleep apnea are five times more likely to die while giving birth in the hospital. 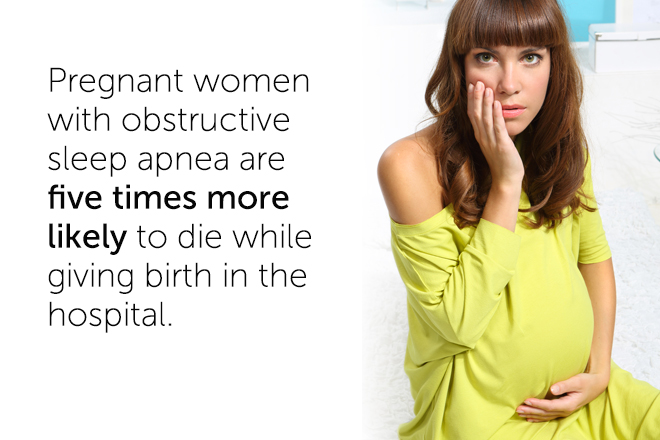 The study, which was conducted at the University of South Florida, looked back at the hospital discharge records over 55 million cases of women that were pregnant or gave birth in medical care facilities all across the U.S. from the years of 1988 to 2009. Not only did this test reveal that pregnant women with sleep apnea were five times more likely to die while giving birth – it also revealed the how and why. Researchers found definitive links between obstructive sleep disorder and fatal medical conditions that can occur during labor, like preeclampsia, eclampsia, heart conditions and blood clots.

Sleep apnea already causes debilitating conditions, like high blood pressure, stroke and myocardial vulnerability – couple that with the stresses of giving birth and you pretty much have a lethal combination. And as other smaller studies have highlighted, it isn’t only the mother that is negatively affected by the obstructive sleep disorder – the unborn child can be born prematurely, suffer from gestational diabetes, stunted physical and emotional development, and more.  This is one of the main reasons why expectant mothers want to be diagnosed for sleep apnea well before they intend on carrying a child.

Indeed, researchers noted that they were surprised by the results and didn’t expect such an “astounding association” between sleep apnea and pregnancy complications, especially when they eliminated other factors that may have had a role in these complications, like obesity. Nevertheless, the study noted that while obesity wasn’t a driving factor, it certainly made conditions worse. In fact, they think that the rise in maternal death rates has to do with the obesity epidemic. Obesity also apparently plays a role in intensifying the effects of cardiovascular disease in pregnant women. 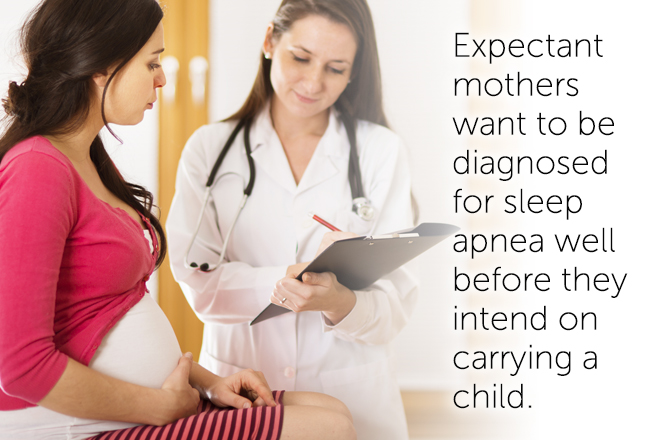 Lastly, while researchers say that these results are certainly groundbreaking, they are still going to conduct more tests to look further into the link between sleep apnea and maternal fatalities. If women with sleep apnea are fives times more likely to die during childbirth, there could be much more to learn about how the sleep disorder truly takes its toll. In the meantime, though, we know the link is frighteningly real. And for all the women out there that are pregnant or are thinking of conceiving, it is imperative to get diagnosed. It is as simple as ordering a home sleep test, which is easy to complete and you’ll have a prognosis in only a few days. When it comes to treatment, CPAP can not only save your life, but your baby’s life too.