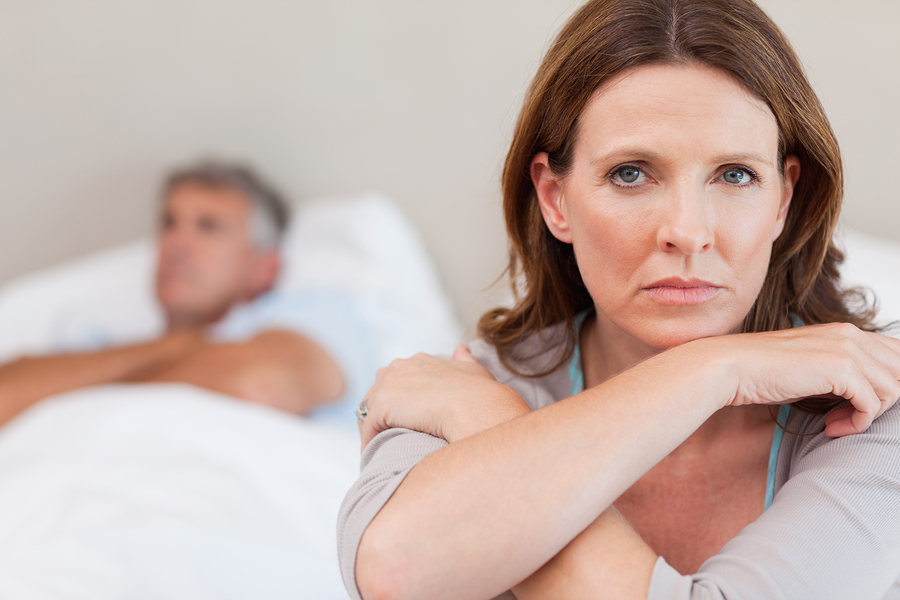 Most marriage vows promise that a loving couple be together in sickness, in health, and through that miserable vacation in the Adirondacks – at least that is the idealist’s point of view.  However, some paths in life lead us down more darkened corridors. In 1995, a woman in Belfast, Ireland shot her husband in the heart with a rifle because she couldn’t stand his incessant snoring: “He drove me loonier than a bedbug until I could stand no more.” Just recently, a woman in Arkansas stabbed her husband multiple times because of his snoring – he fought her off and luckily survived. Spousal murder is a rare phenomenon, but it’s not hard to imagine, especially if you’ve ever tried to sleep next to a loud snorer. However, there is some clinical evidence suggesting that sleep apnea and the resultant snoring can have a seriously negative affect on a marriage.

After the husband underwent CPAP treatment, the wife’s quality of life measure shot all the way to a 7 from a paltry 1.2.

When most of us think about divorce, we assume infidelity or marital strife as the cause – not sleep apnea or snoring. According to researchers, around 40% of married couples sleep in separate beds – a la Lucy and Ricky or Bert and Ernie – and some even sleep in separate bedrooms. Some marriage counselors are calling it “sleep divorce” and recommend it to couples that are being affected by a spouse’s irregular sleep patterns or sleep disorder. Most of the time, though, sleep deprivation can lead to extreme marital dissatisfaction and real divorce. In fact, married couples that suffer from sleep apnea have an incredibly high divorce rate, which is why researchers at The Sleep Disorders Center at Rush University Medical Center wanted to see if CPAP treatment could help. 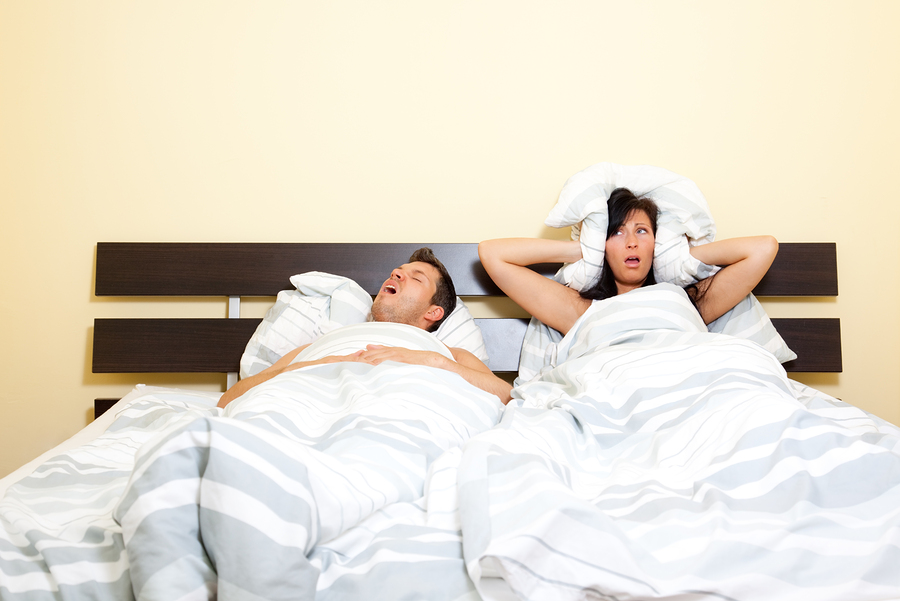 The study, which is being dubbed The Married Couples Sleep Study, was conducted in the “couple’s sleep room” at Rush University in Chicago, which has a cozy queen sized bed and all the amenities that a married couple would ever need, like a television and comfy sheets. Researchers studied 10 couples – the male counterpart in each couple had previously been diagnosed with sleep apnea. After completing a number of surveys and questionnaires about marital satisfaction, quality of life and sleepiness, the couples were moved into the sleep room where their sleeping patterns and quality of sleep were monitored. After two weeks, the tests were repeated. Researchers found that, indeed, poor sleep and deprivation – as a result of excessive snoring and tossing and turning – was putting a huge strain on marriages. One patient’s snoring was causing his wife to wake up over eight times an hour.

Say what you will about men in white lab coats watching you and your wife sleep – science has it that lack of sleep can put a wedge between a couple’s relationship. After the preliminary studies, the husband was recommended to undergo two weeks of nightly CPAP therapy to alleviate the symptoms of sleep apnea. After two weeks, the couples were brought back into the lab for another round of questioning and surveying. The results: after the husband underwent CPAP treatment, the wife’s quality of life measure shot all the way to a 7 from a paltry 1.2, meaning that her husband’s sleep apnea and snoring wasn’t bothering her at all anymore. In addition, daytime sleepiness, marital satisfaction and nighttime sleep efficiency was vastly improved as well. Basically, CPAP treatment saved their marriage. 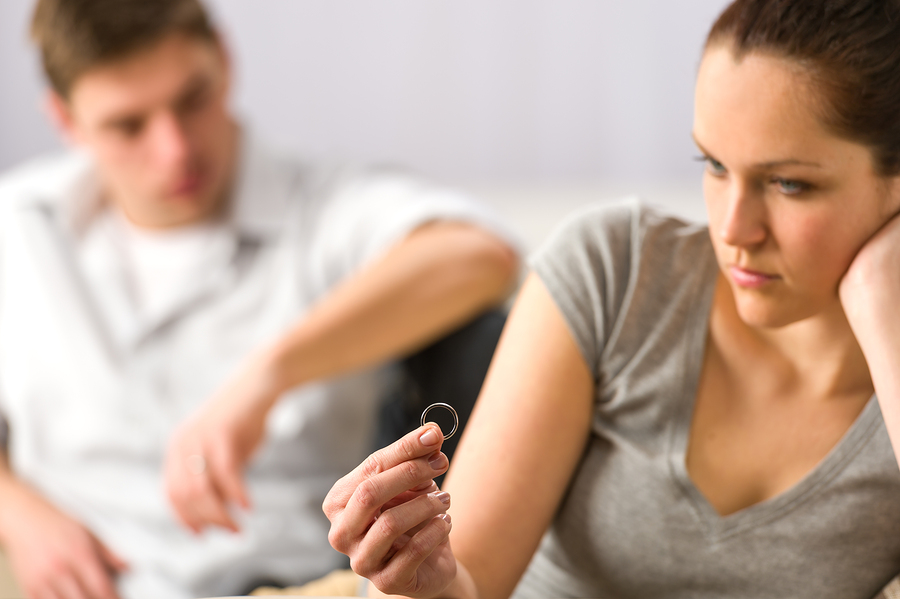 So, if you are at a make it or break it moment in your marriage, perhaps CPAP treatment is your only hope to keep it all together, and not end up on the nightly news. However, it is important to know that sleep apnea doesn’t just affect men – women can be diagnosed with obstructive sleep apnea as well. On top of CPAP treatment to alleviate the symptoms of sleep apnea – especially snoring, marriage counselors also recommend a few other tips, like investing in a comfier bed, having your own comforters, and being respectful of different sleep schedules. They do not recommend cold-blooded murder – so you might want to stop sharpening that knife and loading that pistol. Just because your spouse has sleep apnea, it doesn’t mean that you should throw in the towel. It does mean, though, that you should take your spouse to a physician for an official sleep apnea diagnosis. CPAP treatment could save your marriage and change your life…for the better. 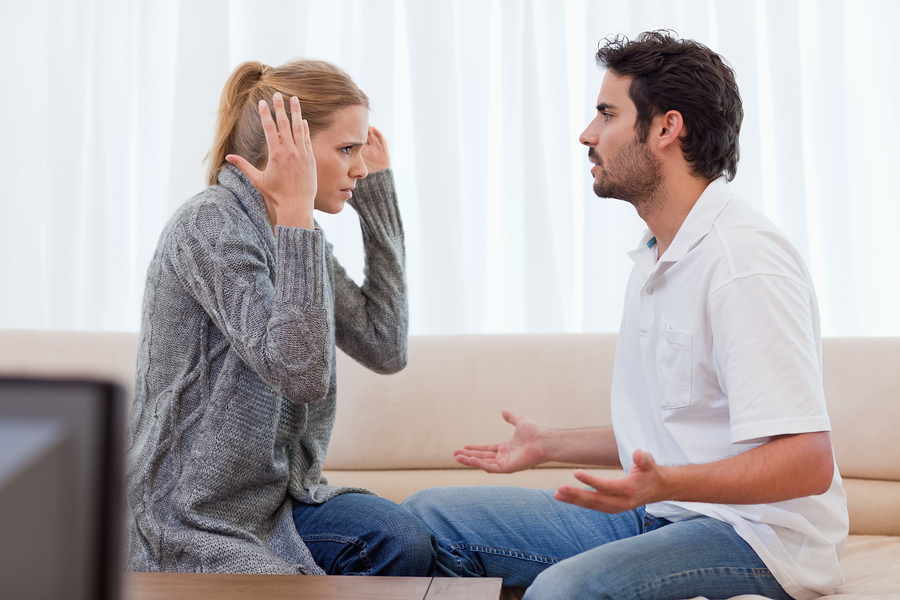