They make us laugh and sometimes cry – they inspire us, they lift us up, they make us look at our own life and they make us want to be just like them. They have that impossible cool, that impossible suave and that impossible glamour.  We emulate them, but we keep our distance, if only to protect their ephemeral nature.  These are, of course, our beloved and admired celebrities. Each is more iconic than the last, but all have that star studded criteria that, well, makes them stars. We love them unconditionally – even if they have flaws. Yet, it is in these flaws that we see past the glitz, the sparkle, and the million dollar smile – it is in these flaws that we see ourselves. And one of those flaws just happens to be a chronic, debilitating sleep disorder that affects people from all walks of life. Here is the ultimate compilation of celebrities who report struggling with sleep apnea. 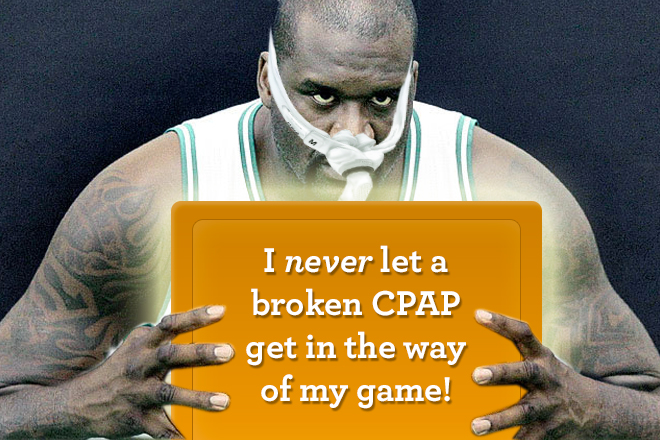 At over seven feet tall and 325 pounds, Shaq was unrivaled on the basketball court using his shear brute force, but during his sleeping hours things are a little different.  The man famous for starring in forgettable movies, like Blue Chips and Kazaam (seriously, a movie about a rapping genie in a bottle), has sleep apnea.  In a video – click here to watch – produced by Harvard Medical School’s Division of Sleep Medicine, Shaq Attack goes through a series of tests to discover that he has a moderate form of the sleep disorder. Doctors then had Shaq fitted for a CPAP nasal mask to wear when he sleeps.  Now the Shaq Attack is reporting marked improvement. 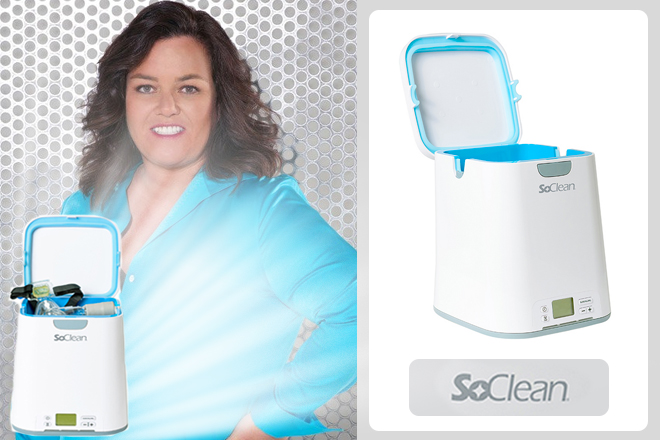 A vivacious television personality and champion of LGBT rights, Rosie O’Donnel has sleep apnea. However, Rosie didn’t know she had sleep apnea until she underwent a home sleep test conducted by doctor Michael Breus. The results of the study were broadcast live on television for the whole world to see, of course, and they were staggering: Rosie O’Donnel wakes up over 200 times in the middle of the night and often stops breathing for up to 40 seconds. However, after one night of CPAP treatment, Rosie said that she felt a miraculous, life-changing difference. If we know Rosie like we think we know her, we would guess that she uses the SoClean 2 to keep her CPAP mask squeaky clean and free from bacteria and germs. 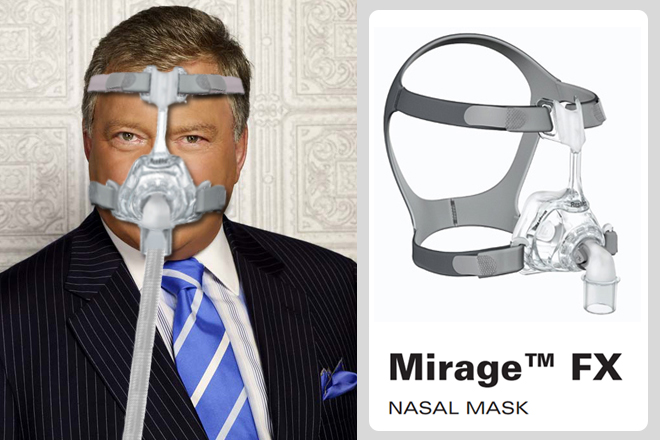 A Shakespearean trained actor, but more famous for going where no man has gone before in Star Trek and as the Priceline Negotiator, Shatner has sleep apnea. Maybe his trademark way of delivering his lines had….something…to….do…..with….it, but if we were to take a guess as to what CPAP mask he would use, it would probably be the Mirage FX Mask System. 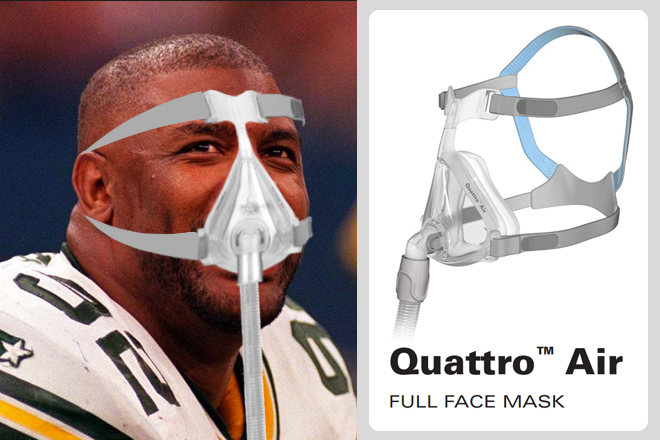 Football hall of famer, part time minister and WWE wrestler, twice named NFL Defensive Player of the Year, Reggie White had a bright smile and mean case of sleep apnea. Reggie White played multiple seasons of professional football for the Philadelphia Eagles and Green Bay Packers, and became a legend in the process. Sadly, Reggie White died in 2004 at the age of 43. The cause of death was a heart attack compounded by complications from sleep apnea. In honor of Reggie, perhaps he would have worn the Quattro Air Full Face Mask – and perhaps it could have saved his life. 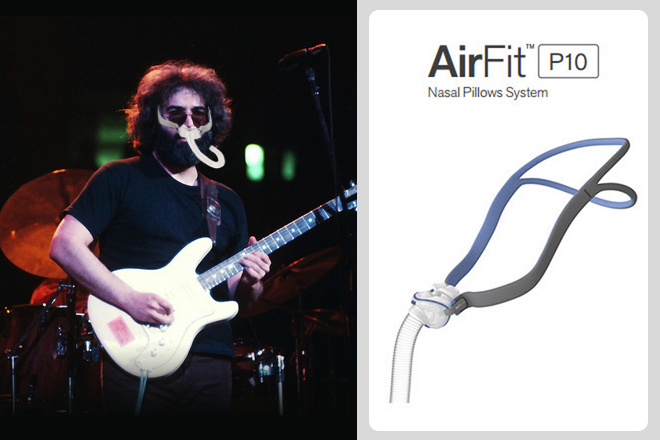 Famous for being one of the progenitors of the hippy movement, making Haight Ashbury an iconic street corner, and the lead singer of the Grateful Dead, Garcia also had sleep apnea. Some say it had to do with his excessive weight or maybe a life fraught with the consequences of numerous unhealthy decisions, but whatever the case, anyone with sleep apnea can no doubt sympathize. Sadly, Jerry passed away in 1995 from a heart attack that his doctors say was exacerbated by sleep apnea. If Jerry were with us today, he’d probably go for something like the AirFit P10 Mask System, which is one of the quietest and lightest masks around and would accommodate that amazing mane of curly white locks and really good vibes. 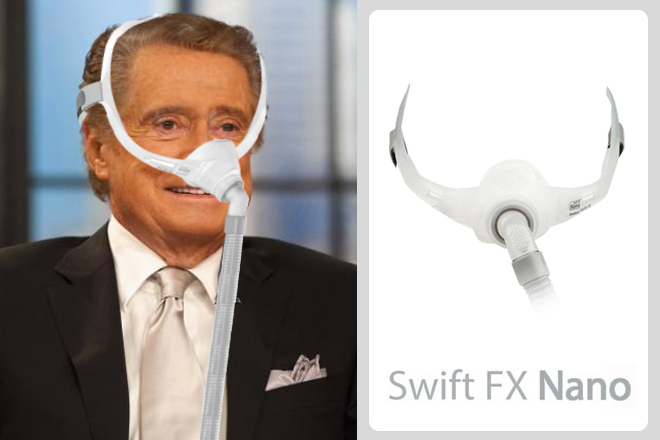 An Emmy award winning television personality, host of Who Wants To Be A Millionaire (the greatest show ever made), is of Albanian descent and has been rumored to be over 600 years old; Regis Philban has obstructive sleep apnea. Philban’s wife Joy was perturbed by his snoring and suggested he visit a doctor. The diagnosis: sleep apnea. The solution: CPAP treatment. If we had to make a suggestion, we’d say Regis would look great in the Swift FX Nano Nasal Mask – lightweight and flexible – perfect for a man that has a lot of energy – even at 600 years old. 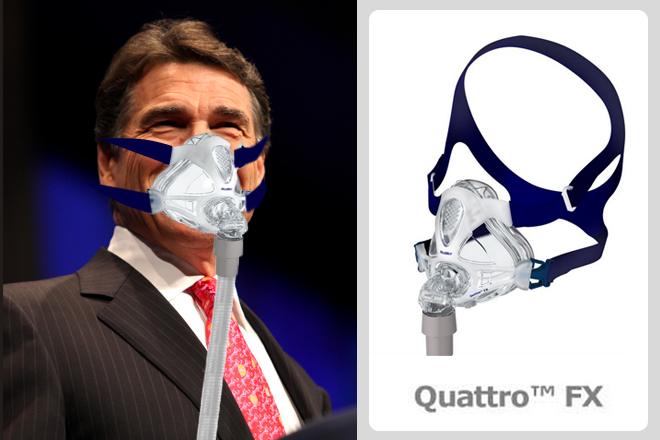 Currently the 47th Governor of Texas, failed presidential candidate and butt of a lot of jokes, Perry was diagnosed with sleep apnea by his doctors on the campaign trail. As you can remember, Perry had a habit of forgetting some pretty basic facts, which made him look pretty foolish behind the podium. But was his sleep apnea to blame? Perry, who dismisses his sleep apnea as the work of the devil, was told to wear a CPAP mask to alleviate the symptoms. We’d like to guess that Perry would wear the Quattro FX Full Face Mask. 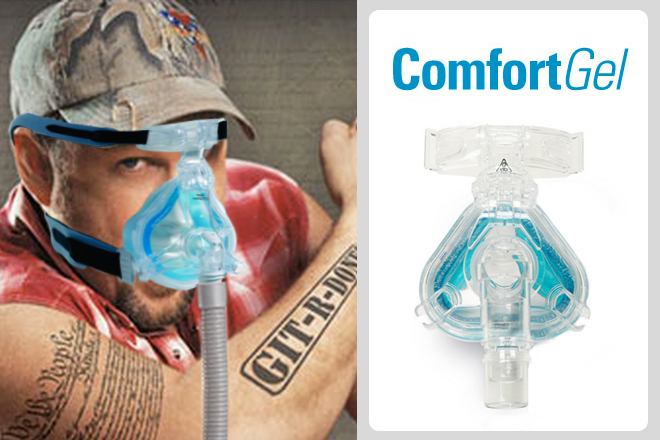 Comedian, redneck, lover of Southern culture, Larry the Cable Guy, otherwise known as Daniel Lawrence Whitney, is not really a cable guy at all, but he has made himself a firm fixture in the annals of pop culture. Larry also has 7 gold records under his belt, so he is doing something right. However, Larry the Cable Guy also has sleep apnea, which he admitted to having during in an interview to promote a movie where he had to fit his portly body into a tutu in order to play the tooth fairy. We’d like to think Larry the Cable guy would look great in the Comfort Gel Blue, because, well, this man loves comfort. “GITRDONE!” 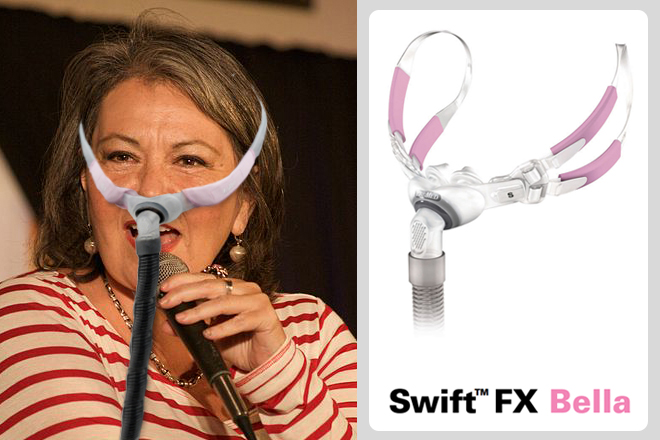 She has a famous voice that you would recognize anywhere, she starred in one of the most popular sitcoms in television history, and she was also a 2012 presidential nominee (seriously, she ran on the Peace and Freedom Party ticket and garnered 50,000 votes nationwide in the final election), but Roseanne Barr also has sleep apnea. Barr, who lives on a Macadamia farm in Hawaii, said that she would keep her husband up at night with her snoring. After a study, her doctors diagnosed her with sleep apnea and recommended a CPAP mask and treatment. If we know anything about Roseanne Barr, she would probably go for the Swift FX Bella Pink Mask, which has a chic pink look! 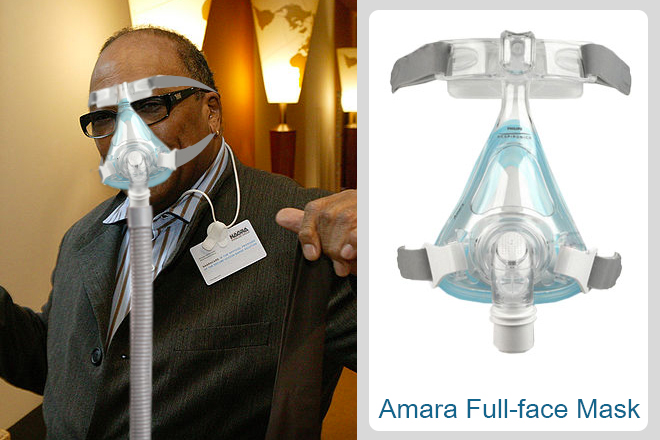 Jazz trumpeter, record producer, coolest person on earth, winner of an insane 27 Grammy Awards and sufferer of sleep apnea – perhaps Quincy Delight Jones’ temperamental sleep patterns are what led him to some of his greatest compositions. Quincy has also worked with some of the greats, like Michael Jackson and Frank Sinatra – and through his sleep disorder he has managed to produce albums that have gone on to sell millions of copies worldwide. If Quincy wears a CPAP mask to treat his sleep apnea, it is probably the Amara Full Face Mask – because why not, Quincy seems like an Amara type of guy. 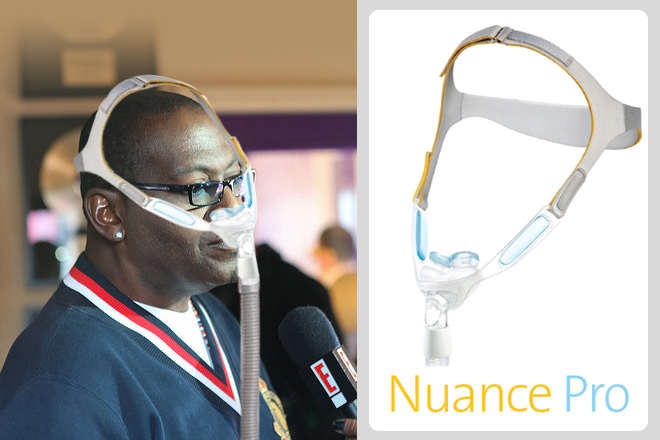 American Idol judge, bassist on the 1981 song “I Touch Myself” by The Divynls, back up musician for the likes of Bob Dylan and the Blue Oyster Cult, Randy Jackson was diagnosed with type-2 diabetes and sleep apnea at the same time. Yo dog, how is that for a double whammy? In fact, 40% of men with type-2 diabetes also have sleep apnea. Before Jackson’s gastric bypass surgery that significantly reduced his weight, he was dangerously close to being at risk for a heart attack – and his sleep apnea wasn’t helping. Now, Randy Jackson is doing just fine with regular CPAP treatments. We’re sure that Randy Jackson would probably choose the Nuance Gel & Pro Gel Pillows Mask System, because Randy sure is a pro. 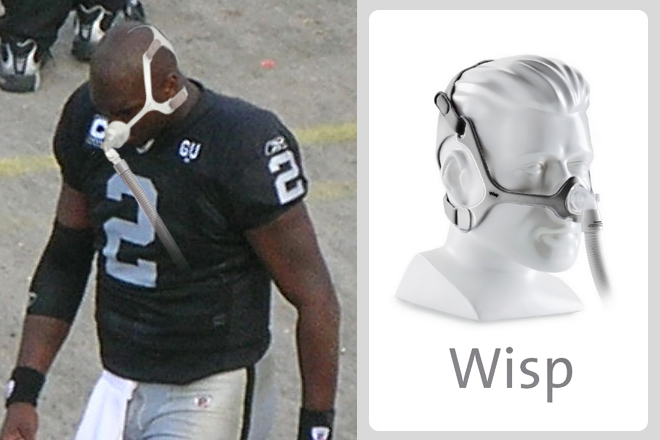 All American football hero, quarterback, the number one overall pick for the NFL draft in 2007 and comeback kid, JaMarcus Russell’s life is a lesson in the shortcomings that can befall you when success comes too quickly and when you are too young. However, JaMarcus himself blames a lot of those shortcomings on obstructive sleep apnea. It’s been so bad, he says, that he has fallen asleep in team meetings. We’re pretty sure that if JaMarcus had to choose a CPAP mask, he would choose the slick Wisp Nasal Mask.

*While it is believed that each of the individuals listed above has sleep apnea this is a satirical piece of content.  No person or persons listed above has endorsed Easy Breathe, Inc. or the products we sell and we have no intention of implying that.  We hope you enjoy.