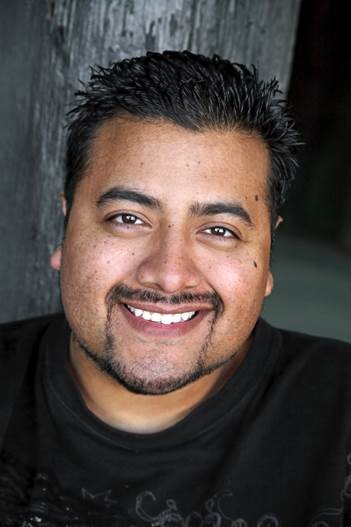 Everyone wants to hear a feel good story. Today we’re going to share the self-titled “Hollywood Story” of a man that will make you laugh, cry, and smile. Gilbert Gonzalez Jr. is 33 years old and hails from Union City, California. He is a fun person that anyone would be lucky to meet. Many of us have trouble staying productive members of society while balancing one job and our personal lives. Try having FIVE jobs — singer/songwriter, actor, American Sign Language (ASL) interpreter, minister and philanthropist! Gilbert has his feet wet and then some in many fields.

Since moving to North Hollywood in 2010, Gilbert has gone on a spiritual journey that opened doors to many different life paths. You may have seen him on American Idol in 2006. Maybe you’ve seen him giving sermons on a Sunday in a local North Hollywood Church or speaking at a LGBT rally as a human rights activist. Gilbert is all-in on life and speaking to him will make you a fan!

What few people know about Gilbert is, he suffers from obstructive sleep apnea (OSA).  For years, Gilbert would constantly feel like he was choking while he slept. “I would wake up scared,” he explained. “My heart would be racing.” His initial diagnosis was not by a doctor. They say that your mother knows best and in this situation, that held true. On a trip back home to Northern California in 2011, Gilbert’s mother heard him gasping and was very worried about her son. “I explained to her how I was getting up 8-10 times a night to use the restroom and never felt I experienced REM sleep.” She told him he had sleep apnea and to get a CPAP. When he did, he was “rebellious” and did not want to take her advice. “The machine had a rhythm that I couldn’t get into,” he explained.

He first began to notice positive results from his CPAP therapy during long car rides where he would normally feel tired. “I could tell my body was beginning to get rest.” His first CPAP was a hand-me-down from his mother. When his machine started falling apart, he was forced to find a solution. He was able to create different tricks to make the machine work, but all the make-shift methods he would try would eventually fail. Gilbert did not have insurance and was unwilling to pay the full price for a new CPAP machine. Luckily, Gilbert had another option. He was able to take advantage of one of Easy Breathe’s Payment Plan Options and get a new CPAP machine. He is now the proud owner of the S9 Autoset with H5i Humidifier and Climate Control Kit.

Since switching to an APAP (auto-titrating machine), Gilbert’s nights have never been better.  “I was surprised at first,” he explains. “I didn’t think it was working because I didn’t think I was getting enough pressure. It took time to realize that it actually felt like I was sleeping without a machine.” He is very happy with his new machine. “There’s no other way to describe it than a miracle.”

Today, Gilbert continues to follow his dreams and work happily at his five jobs.  This would be impossible without a good night’s sleep. The consistently cheerful Gilbert is quick to make you smile with a compliment or a joke. When I approached Gilbert to do an interview with us, I told him that I had a favor to ask. He responded, “Anything!  Would you like me to bake you cookies or wash your car?!” Though both offers were tempting, we knew a heartwarming story for our CPAP users was something we couldn’t pass up.

Thank you for taking the time to share your story with us, Gilbert. We wish you the best. We know your “Hollywood Story” will have a happy ending. You have influenced the lives of many. Keep smiling and you will go far. We hope that people like you will raise awareness and inspire many skeptical sleep apnea sufferers to get tested and get help today!