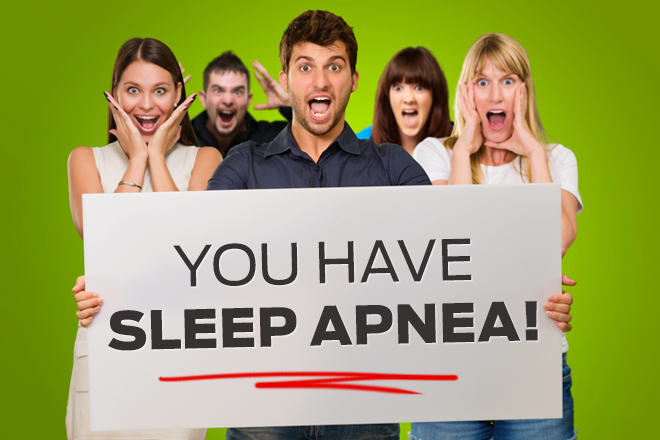 There are a lot of ways to break the big news to your partner. A text? A text is impersonal and inappropriate, especially if the news is life or relationship threatening. Be   honest and straightforward? You can always be honest and talk to your partner or spouse directly, but being honest and straightforward is wholeheartedly terrifying – you’d much rather beat around the bush and dance around the issue. So, how do you become a harbinger of troubling news without tiptoeing? If your partner is snoring up a storm and you believe he or she has sleep apnea, there are many alternative ways to suggest taking a sleep test and eventually undergoing CPAP treatment. Here are five ridiculous and hilarious ways to tell your partner he or she may have sleep apnea. 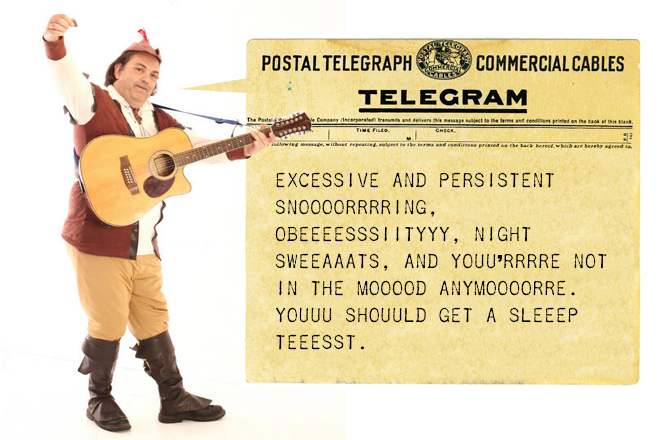 What better way to break the big news that your partner has sleep apnea than in musical form? While singing telegrams were a lot more popular in the 1930s than the teens (the teens of this century), the format is still alive and well. Just imagine the singing telegram arriving at your partner’s office and belting out all the different symptoms of sleep apnea: excessive and persistent snoooorrrring, obeeeesssiityyy, night sweeaaats, and youu’rrrre not in the mooood anymoooorre. Then imagine: youuu shouuld get a sleeep teeesst because CPAP may saaavve your life and our maaaaarriage. 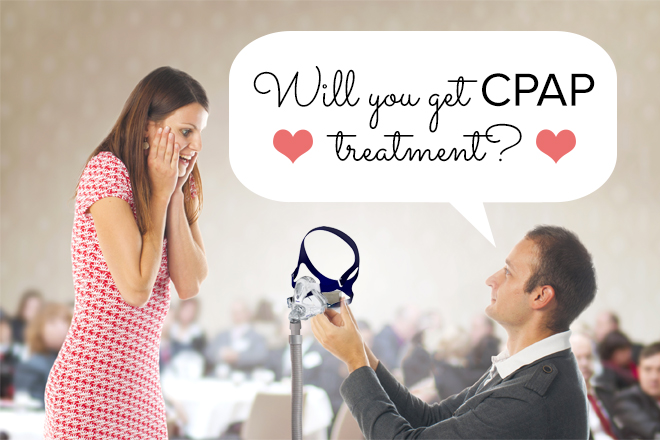 We’ve all seen a public marriage proposal in a restaurant or in some other public arena – they are always a little embarrassing, but you have to commend the person for being so damn bold. Well, if you are trying to let your partner know that he or she may be suffering from sleep apnea, you can take the same concept of a public marriage proposal and break the news that way. In the middle of the meal – preferably between the main course and dessert – you can drop down on your knees and propose: “Will You Get CPAP Treatment, Because Your Snoring Is Killing Me.” Your partner may be a little alarmed, jolted and slightly pissed, but hey, at least you got the message across and the other people in the restaurant won’t know whether to clap or to look the other way. Hopefully your partner says ‘yes’ – or else it will really be awkward. 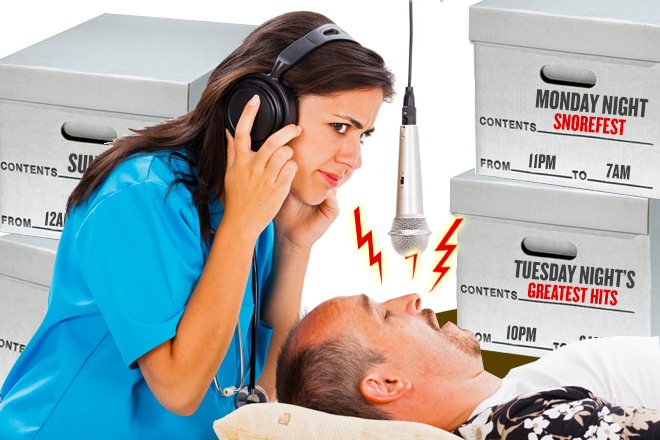 If your partner’s snoring sounds like a weasel that has been caught in a chainsaw, or any variation of that sound, and is audible enough to keep you up at night, it is certainly time to start doing something about it. One of the most ridiculous ways to break the news of your partner’s obstructive sleep apnea is to record him or her snoring. It is recommended to get a good sampling – maybe a few nights worth of snoring before you can mix it all together. If you don’t know “computers” – you can always get the neighborhood kid to splice it all together for you. What you want to do is have the audio blasting when your partner gets home from work – that way your significant other will get the full brunt of his or her problem. Sometimes, you have to crack a few eggs of denial to make an omelet. 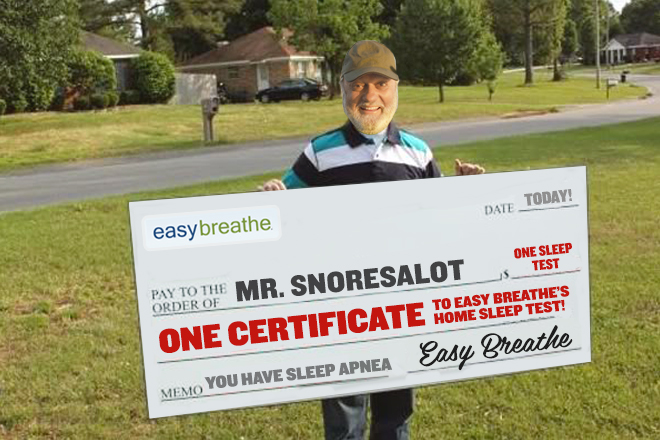 The element of surprise can be an invaluable tool. You know those people that randomly show up at your house with a camera guy, a bunch of balloons and a giant cardboard check for a million dollars? – That’s the Prize Patrol. And borrowing from this same idea, it could also be one of the most ingenious and hilarious ways to let your partner know that it is time to get tested for sleep apnea. And while you may not be able to get Ed McMahon to play the part (he wouldn’t do it, even if he wasn’t dead), you could ask some guy from your office to do you a favor. After that, you need a girl in a flight attendant’s outfit to hold the balloons and another guy to operate the giant local news-style camera. But instead of writing a million dollars on the giant novelty check, you could make it a certificate to Easy Breathe’s Home Sleep Test. Your other half will be pissed that he or she didn’t win a million dollars, but they’ll have something better than that after starting CPAP therapy: quality of life. Plus, you’ll probably sleep better too.

5. Throw It On The Jumbotron 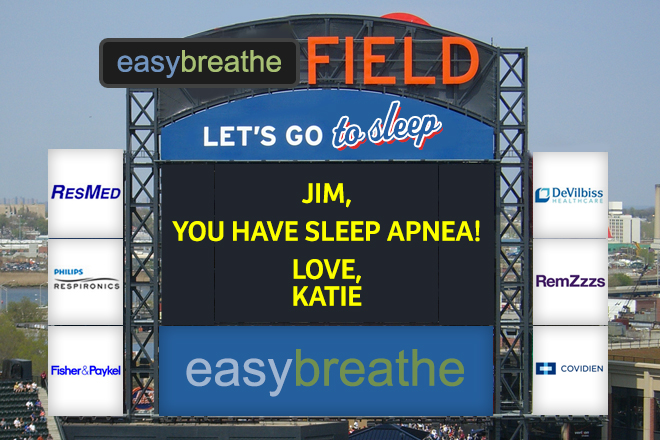 Did you know that it only costs a hundred bucks to throw a small message on the jumbotron at Yankee Stadium? Baseball season is nearly upon us, which means that you need to start booking some jumbotron time to tell your better half that he or she may have sleep apnea.  If all other methods of breaking the news have failed, nothing will beat the priceless expression on your partner’s face when he or she sees their name and a heartfelt plea to get help for sleep apnea – all on a screen that is 100 feet wide. Slightly embarrassing? – Slightly. But if you think about it, you may just be saving that person’s life. Also, you’ll have a great story to tell.

In the end, obstructive sleep apnea is a serious condition with serious symptoms. If you are the partner of someone you suspect has sleep apnea, you want to get help for them as soon as possible. Millions of people have no idea that they have sleep apnea – mainly because they are asleep for the wild ride their bodies put them through; a ride that includes oxygen starvation, frequent nighttime urination and tossing and turning. As the significant other of someone suffering from sleep apnea, you can suffer too. So, it may be wise to pick up Easy Breathe’s Home Sleep Test to go along with your surprise. In the end, CPAP may save your partner’s life – isn’t that worth everything in the world?